The following ten commandments are prompts to action developed by the students of the New Politics and Afrofuturisms programme at the University of the Underground. Taking inspiration from daily life encounters, students’ practical work and life in lockdown, these ten principles are a roadmap of values by which to think in action. They were written over the course of six months by the various students as part of their conversations. 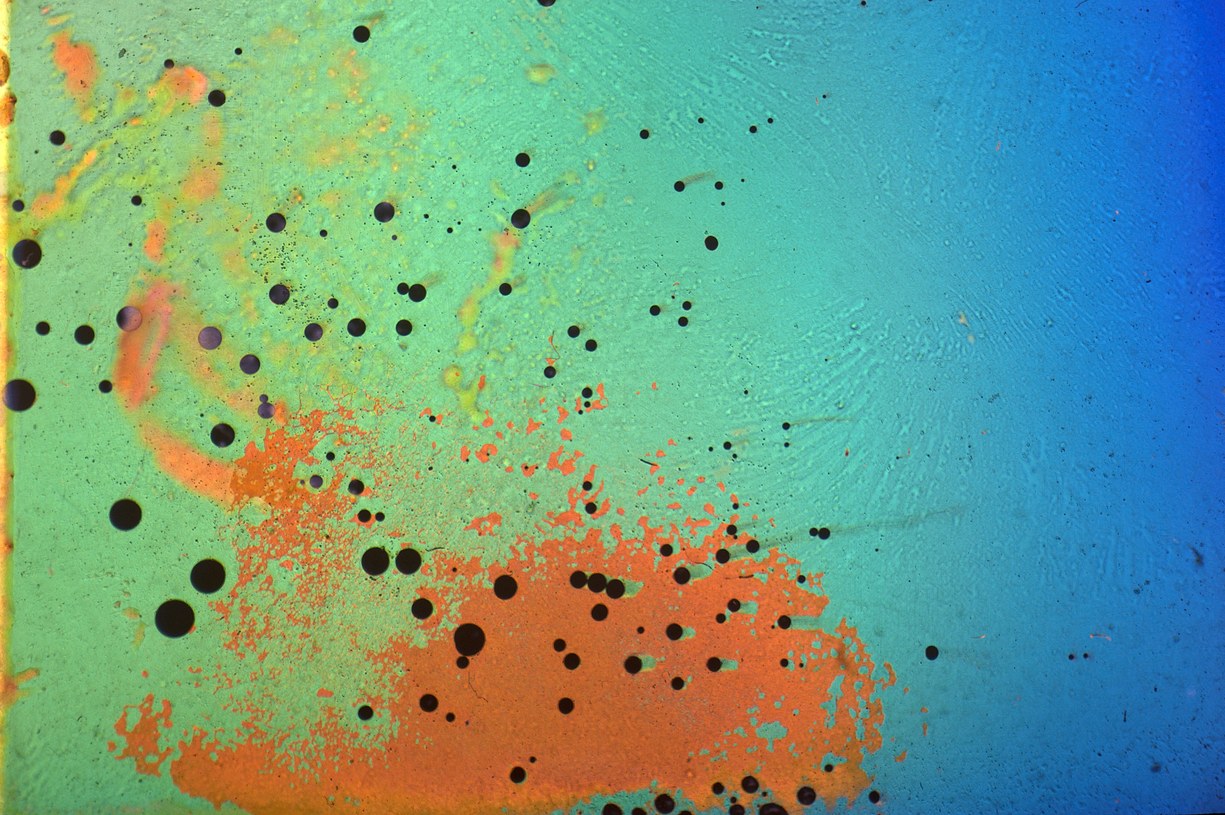 Gustav Metzger was ahead of his time. In the early 1960s he clearly saw the way the world was developing; insatiable appetites for growth, money, food, mineral resources, nuclear domination... His art became ferociously vocal about these phenomena and the way we are destroying our environment. He was probably the first artist to express concerns about ecological destruction. His Manifesto for Auto-Destructive Art still sounds as fresh today as in 1959.

Watch this video promoting his travelling retrospective exhibition, Perish or Die that was shown in Poland in 2015 (two years before his death). If you want to know how he influenced Pink Floyd, how he caused guitarists to smash their instruments after performances, poisoned plants by car exhaust fumes, painted with acid on nylon canvas, read this introduction from the Polish show.

This was one of his last interviews about his attitudes and work. 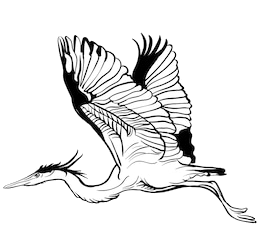 Parliament has just voted a new law that forbids you from taking pictures of the police - a classic step in establishing any fascist regime. You may remember that Paolo Cirio was the subject of my first lesson in October. Whether you are a journalist or an artist, dealing with images today is a risky business. It always has been.

Meanwhile, tens of thousands of Common Cranes (grues cendrées) have been flying south west, over our heads towards wintering grounds in Spain. I am reminded of a song performance artist Laurie Anderson wrote with Peter Gabriel in 1986, This is the Picture. Your first mission today is to watch the deliciously retro video here and follow the words. 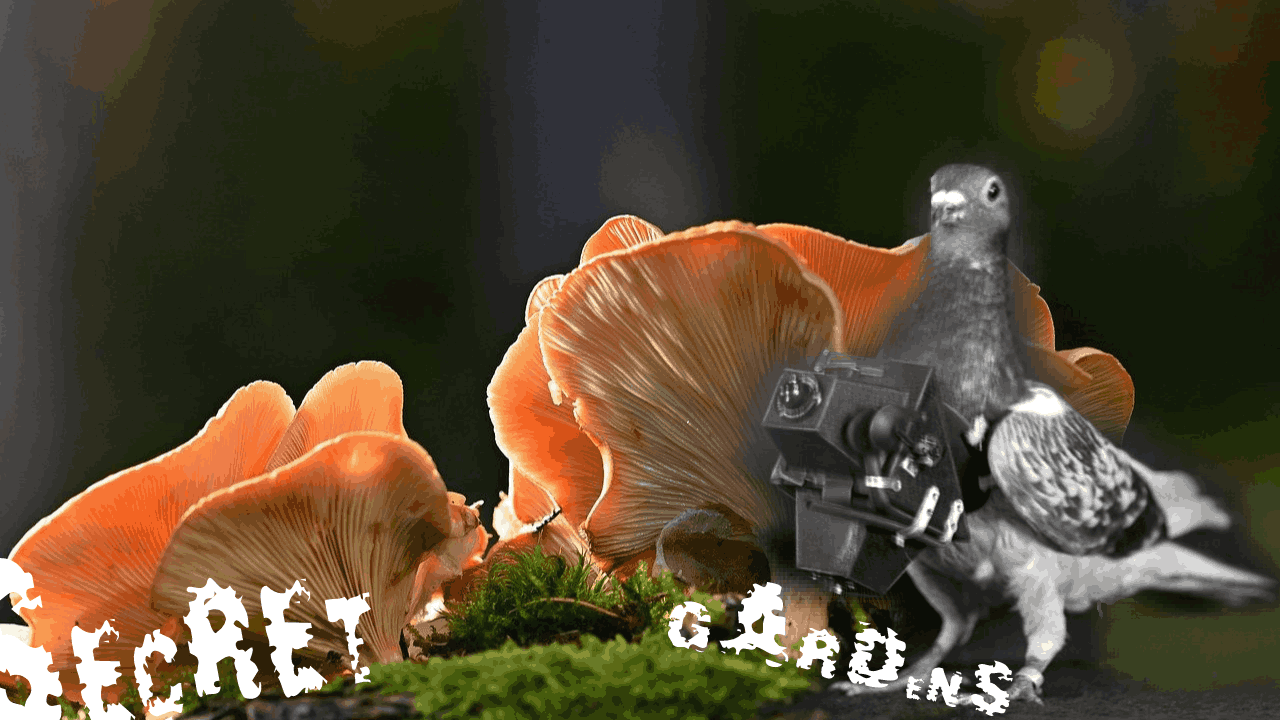 This week, your mission is to go and find your personal 9 square metres (3 x 3 m).
You should have received a coded message consisting of three words. Use what3words.com and type in the three words to find the exact location of your secret garden. Go there.

Draw a plan, take photos, sketch details, find possible connections between the three words and your garden, identify the plants, insects and materials you find there, note surroundings and context, tell yourself a story... in short, spend a little time observing, absorbing and recording its atmosphere.

Send me a picture and a short description please.

If you prefer a place closer to home, quickly send me a message indicating your approximate whereabouts (for example a nearby street name or notable building, your home 3-word code etc.) and I will give you a second secret garden easier to access during the lockdown period.

Alternatively, you are welcome to choose a place yourself and send me its 3-word coordinates with your photos and a short description.

Czech artist Jiří Kovanda carried out performances and made artworks in Prague during the Russian-dominated period of communism. His works gently undermined conventions or were experiments in interaction with the general public. It was a time when people were often isolated and not allowed to speak openly or criticize the state, so his performances were one way to regain individual freedom in tiny but significant ways.

Kovanda cites Chris Burden, Vito Acconci and Marina Abramovic as among his favourite artists in the seventies. He also admired Carl Andre and Richard Serra. Use the internet to find out more about these major artists and their work.

Sometimes, political events can generate amazing artistic artefacts. This was the case in East Berlin and Leipzig just before the wall came down. Read on if you want to find out about the mysterious Stasi balls.

Symmetry in the balance of power is essential in modern democracy. Art often influences or records shifts in society and can open our eyes to situations that are otherwise invisible or confused.

Here are some well-known artists militating for changes in politics. I wanted to begin the year with a look at two very recent events in which the police are put under a spotlight in a political context.

SuperSuper, a glossy fashion and lifestyle magazine was launched in 2007. Among press professionals and the public, its graphic style immediately provoked strong reactions of both anger and pleasure. It heralded the return of ugly design to mainstream publishing. New Ugly was born. It still continues to influence magazine design today.

Read this article about the New Ugly style, its origins and repercussions.

Marquez evokes the case of local tribespeople who discover films for the first time. They experience the lives of characters on-screen and follow their adventures with great interest. However, when the same actors who have died in one film then come back to life as new heroes in the next film, the locals are confused and angry.

We often forget that our cognitive world is based on conventions that we have learned; the illusion of 3D in paintings or drawings is not innate. We also learn NOT to see/hear/feel certain things. Open your eyes, ears and senses to everything around you. What can you find ?

Paddy Hartley works as an artist with a split personality. Paddy Hartley(1) the artist produces a range of installations and pieces that examine the human cost of war and violence. He often uses pottery, porcelain, embroidery, clothing and textiles to convey his visions. One project, his Face Corsets (made in collaboration with the Wellcome Institute and surgeons at King’s College London and the Department of Maxillofacial Surgery at Guy’s Hospital) looked at ways to constrain the shape of the face - ultimately leading to progress in reconstructive surgery of patients’ faces after burns or accident trauma. 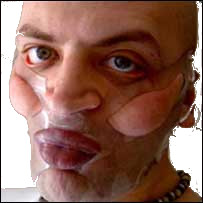 The masks he made became experimental facial implants constructed from Bioglass and are still being developed today. This particular project was so successful that he started producing bondage-style masks for high fashion magazines and popular film stars or singers. Paddy Hartley(2) the designer of face corsets and neckwear was born.

Workers self-help groups and socialism were associated with Limoges from the mid-1800s. The founding of the first French trade union (fr=syndicat) in Limoges was no accident for a town known across the country as red Limoges.

Think about the way you make art. What environment is best for you to have ideas or make something ? Do you need alcohol, caffeine, music, love or criticism ? We are all different but most people agree that dreams or at least a half-dreaming state is good for creative ideas.
Choose one of these quotes about dreams and make a work (any medium) using the quote as its title or starting point. Analyse your working methods.

Artists' Profiles: Take a look at the work of these artists and their distinctive approaches.

Playing for Change project; Stand By Me

The Playing For Change crew heard Roger Ridley singing “Stand By Me” in Santa Monica, California and were inspired to find other musicians who could add their voices to his. The song transformed Playing For Change into a global movement for peace and understanding, with over 35 musicians participating in this particular recording of Stand By Me. Find out more here + One Love Is this an example of social art or just a crypto-commercial venture ? What does it really achieve ? Can you find any other projects like this? 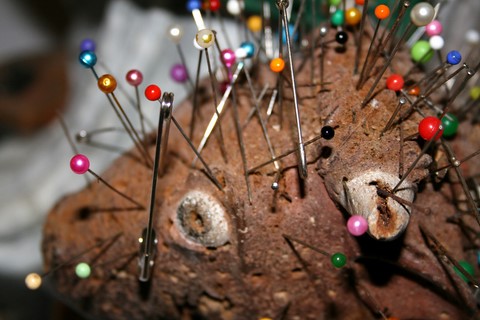 Or in other words, stick a pin in the ox at St. Goussaud's if you want divine help in finding the boy or girl of your dreams ! Anyone interested in going there to take some photos ?

Argentinian artist, Nicola Costantino deliberately plays with this sense of unease in works such as Savon de corps or Human Furriery which according to psychologist Carlos Kuri, go beyond the implied eroticism of contact with human hair, skin or fat to become an “aesthetic of the ominous”. Our discomfort comes from imagined (or actual) contact with things normally kept hidden or secret... that perhaps also remind us of our own mortality. A contemporary version of the age-old vanitas perhaps ?

Experimenting with human emotions can be dangerous. The Benrik Diaries promise to change your life, not just record it! Every week you are given a task or mission designed to test your own self-will and and everyone else's as well. One challenge for example, is to spend a week as a pathological liar (e.g. Don’t worry, it’s not hot ! He fancies you like crazy, he told me so ! Of course I’m wearing a condom ! I double-checked your parachute myself !). Try this experiment at your own risk. But telling a few white lies might be fun... (evil grin).