The year is 1922. We are sitting in a classroom at the Bauhaus School of Art in Weimar, Germany. At the blackboard stands the famous artist Paul Klee. This is his class in weaving.

He has already talked about the way threads make a journey through cloth; the basic warp yarn is stretched over a loom and the weft yarn travels across it, weaving under and over the warp in various patterns and sequences.

Paul Klee says “Let's take a line for a walk.” He turns and starts drawing a long continuous line on the blackboard. The shape is complicated, running in various directions, sometimes excited, sometimes calm. He faces his students and says that the line is the story of his dream... 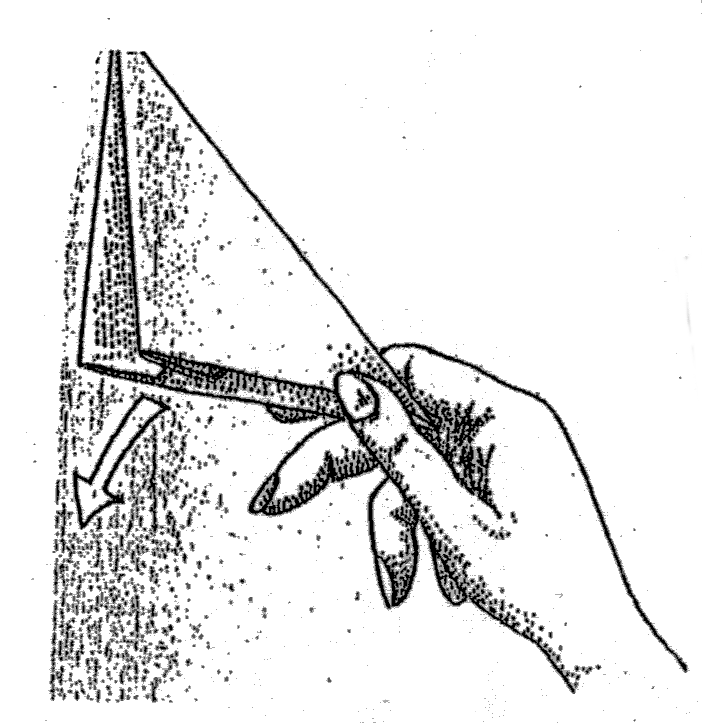 Most origami is decorative. Sometimes it can serve a useful purpose, like our printer's hat. This time however, here is a type of origami that was designed to be invisible, kept out of sight, offstage, in 19th century theatres. Yet whenever it was used, it sent shock waves of fear rippling through the audience. Discover for yourselves.

As a bonus, let's move from shocking origami to extreme origami. We've all made paper boats but what about a life-sized origami kayak? 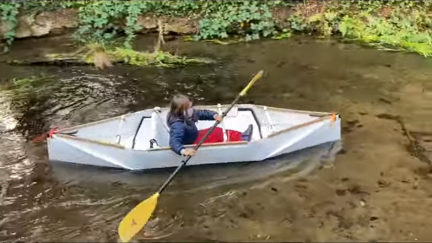 Get the plans and full instructions .

Watch it being built here. 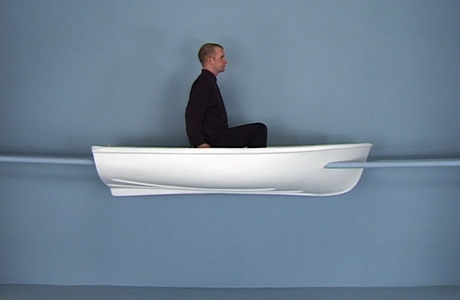 These two artists work as a duo. Here is an interview with the diabolical pair. Ultimately, what do you think their art is about? How would you describe the process they use to generate new projects? Is the way they work very different to your own methodology? Do you think it’s better to work as a pair of artists rather than one artist alone?

Read the transcript of their interview.(Double click to close)

PH I'm Paul Harrison, and we're in our studio in Bristol. I guess you could describe it as being a very nice workshop and a very cheap TV studio — that would be the... it's a very kind of basic space, and we've been in here about five years, six years?

JW We kind of see it as a big garden shed, where we come and potter about. All our videos are shot in here, we construct different sets and change it and adapt it to whatever the video that we're shooting at that time is.

When we began, it always had one or both of us doing some kind of performative action that was often to do with the architectural space that we were in, and it first began much more geometrically, using sort of objects that we'd built around the human figure, and what boxes you could fit in, or what happened if you stood on a semi-circle, and things like that. To then how a person interacts with an object - it may be in a different way, whether it's a plank of wood or a chair hitting you. The work in the Tate Collection is called Twenty-six drawing and falling things, which we finished in 2001, and it's a series of 26 videos based on the human figure interacting with everyday objects...

PH...or architectural spaces. One of them was shot in the back of a van. It was us two - sat on two office chairs. We built out the back of the van so it looks like a kind of cube space.

JW We slide around in it, sort of crashing, banging into the walls. We did it across Bristol in the kind of, you know, everyday traffic, which turned out to be suicidal. And we'd thought of it... and first of all it was hysterically funny for us, and we'd spent — just kept laughing and unable to keep straight faces, because it was a weird sensation to be sliding around in a vehicle as it was moving. Until a bus pulled out on us, and we — I sort of smashed my head and neck as I sort of flew down [laughing] the van. But after that it became not fun to shoot it at all, and it was just like let's just get it really quick and get out of here.

We are always trying not to repeat ourselves. We're always trying to push either how stripped down that we can make something that is still watchable, or how densely we can push ideas into one piece of work.

PH Pretty much all of them start with a drawing or a series of drawings, so there's this kind of whole editing process of deciding what the overall structure of the video will be, and what goes in it, and what doesn't go in it. So there's this whole kind of filtering process through drawings.

Search the web for information about some other famous, eccentric artistic duos.

Currently showing in the online exhibition - Paint the Town in Sound.

My little pony, Barbie and Ken.
Pink is for Rosie, blue is for Ben.
Riding a tractor in a ballet skirt,
Some dude tried to lift it up
So I pushed him in the dirt.

Swinging on the jungle Jim,
I can go as fast as him (x2)

Cook, clean, do the dishes,
Do exactly as your husband wishes

I could build a house if I want,
Bake a cake if I wanted to.

Gender isn’t sex, so don’t get it twisted.
Take it all for fact just coz its listed.

I could build a house if I want.
Row down a lake,
Bake a cake
if I wanted to

Try this too: Hybrid Vigor 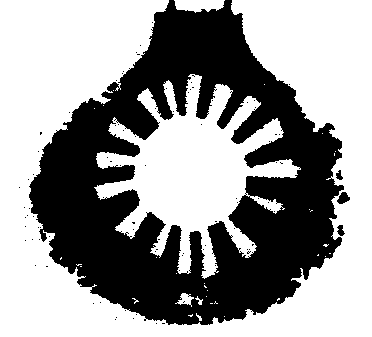 A Blast
From the Past 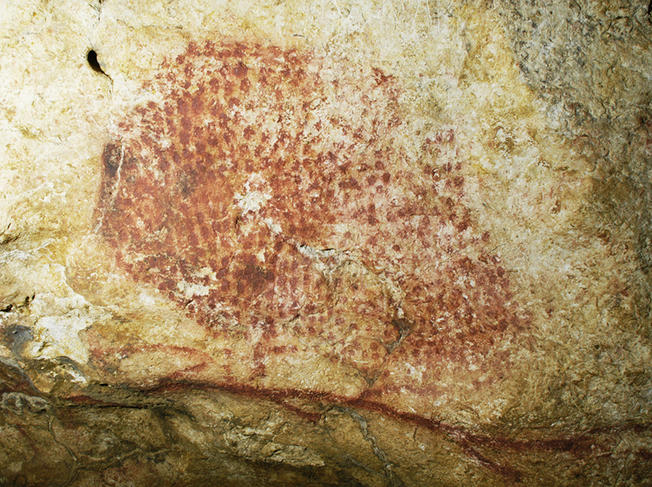 Tangled lines, spiders and a hat.

Art Through a Wine Glass

Ad Reinhardt was a leading light of the abstract movement in the U.S.A. and precursor of minimalism and conceptual art. His influence was worldwide. He also worked as a cartoonist.
Follow the bird.

The thread we’re following leads to lines in the world around us. They can be man-made, synthetic or natural. Lines can be structures or patterns. They can be in movement or static. Real or imagined. This is beginning to sound like Sibyl Moholy-Nagy in her introduction to Paul Klee’s Pedagogical Sketchbook (for art students at the Bauhaus School in 1925). Put it on your reading list.

Here's some serious nocturnal reading for you. Can spiders draw creatively? NASA investigates--->

The walrus
and the carpenter 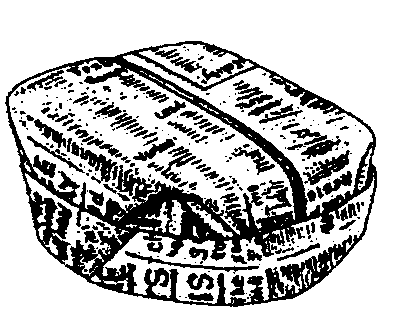 The Missing Semester
HELP YOURSELF